Over the last 18 months, the global logistics industry has experienced tremendous pressure and historic change.

However, the potential to grow overseas sales – and see them delivered in the timely and efficient manner now expected by consumers – was greatly challenged by another feature of the Covid-era logistics sector.

The International Air Transport Association (IATA) has published figures revealing that available cargo capacity fell by 75 per cent in the weeks after measures to prevent the spread of the virus came into force.

Even though many of those restrictions have eased and the amount of air traffic has increased, the Association has highlighted only in the last fortnight that cargo capacity is still down on normal.

It believes that the situation could create “supply chain bottlenecks” due to production ramping up as we head towards the annual peak season for the parcel industry.

With consumers now keen to receive their purchases quickly, especially if orders are Christmas gifts, will they resist the chance to buy cross-border if there’s even a potential for delay?

In the last few days, I’ve been speaking on the topic to delegates attending the Parcel and Post Expo in Vienna.

I’ve set out how I believe the Universal Postal Union (UPU) – the United Nations agency which co-ordinates postal policies – has a part to play in removing possible deterrents to the growth in international e-commerce.

The UPU is only too well aware of the impact of online retail on volumes handled by its 192 member countries.

One report published in May this year illustrated that whilst the amount of mail fell by 43 per cent in the decade up to 2019, parcel traffic had grown by more than 250 per cent over the same period.

In fact, parcels – most of them generated by e-commerce – account for almost twice the percentage of all the materials dealt with by national posts that it did in 2009.

That said, national posts and their commercial partners still find themselves having to operate within constraints which pre-date the age of online retail.

I quoted one example to the Vienna audience showing how red tape had hampered efforts by one of the world’s leading national posts to clear a large accumulation of mail and parcels which built up because its national airline effectively shut down cargo flights at the height of the pandemic.

After three months, that backlog had grown to 600 tonnes, so the post concerned called in a private operator to help.

With a mixture of ingenuity and hard work on both sides, they managed to reduce the mail and parcel mountain by half.

They couldn’t go any further because the depot owned by the private company involved wasn’t able to quality for IMPC (International Mail Processing Centre) status, something which could have helped clear all of the backlog.

It meant that, in that case and in others, national postal organisations haven’t been able to fully leverage the know-how of commercial partners and identify opportunities for growth.

I think it’s a shame that posts are prevented from fulfilling their Universal Service Obligations (USOs) and their true potential by the current set of regulations, especially in a world radically different from one which we lived in only 18 months ago.

Regulators – both customs authorities and those in charge of the global postal industry – arguably need to show the same sort of willingness as the world’s population in adapting how we all work to move with our rapidly changing times. The failure to do so may limit the ability of postal operators, private logistics specialists and retailers alike to capitalise on the appetite of consumers to buy goods from abroad. 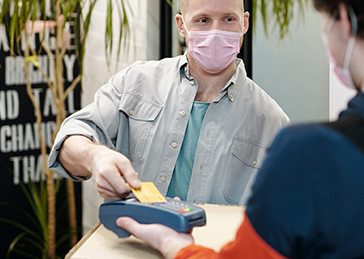